Understanding the Differences Between Liposuction &. Coolsculpting

Although both liposuction and Coolsculpting are effective treatments at removing undesirable fat, especially fat that is unresponsive to diet and exercise, the similarities between both these treatments ends there. Patients may not realize that any of the various liposuction treatment options offered today have inherent risks that could be avoided through Coolsculpting, while still achieving similar weight loss results. However, before I point out the major differences between the two procedures, it is important to understand how each works.

The liposuction procedure starts with an injection of a solution composed of saline (salt water), a local anesthetic, and a small amount of adrenaline to decrease bruising and bleeding. Two different methods of liposuction are currently approved by plastic surgeons:

Coolsculpting is an FDA approved treatment for the reduction of fat and utilizes Cryolipolysis® technology, which was developed by the Wellman Center for Photomedicine at Massachusetts General Hospital in Boston, a teaching affiliate of Harvard Medical School. Coolsculpting freezes away fat by using a focused cooling process that targets fat cells beneath the skin’s surface. Once crystallized, fat cells die. The body’s natural healing process metabolizes these dead fat cells and removes them from the body as waste. Coolsculpting is precise at effectively destroying fat cells without damaging any of the surrounding tissue, skin, muscles or nerves.

Coolsculpting is not surgery and is non-invasive, but a consistent technology with reproducible results. It does not require anesthesia nor any cutting through of the skin. A Coolsculpting procedure typically takes about an hour and can be completed during a patient’s lunch break. Coolsculpting does not require a lengthy recovery period and most patients may return to work, resume normal activities and even exercise on the same day after treatment.

A side-by-side summary of both procedures illustrates the clear differences between liposuction and Coolsculpting:

To summarize, liposuction may give you drastic results at the price of expensive surgery under anesthesia, requires much needed recovery time and downtime from strenuous activity (the amount of time varies from patient to patient, but is usually a month). Liposuction can also sometimes lead to excessive bruising, some scarring, divets left by the area suctioned, and other complications. It is important to understand that the success of the liposuction treatment will depend on the skill of the surgeon.

In contrast, Coolsculpting is a non-invasive and non-surgical treatment, subsequently, there is a minimal amount of discomfort during or after the procedure, which varies from patient to patient. There is no downtime after Coolsculpting and you are okay to return to normal activities after any treatment.

Coolsculpting is a very effective technology producing measurable fat reduction for patients. Unlike liposuction, it is not dependent on the skill of a surgeon – since there is no surgery involved! Patients typically experience a 20 to 25 percent reduction in the size of the area treated over a 2-4-month period, removing unwanted fat in a safe and minimally invasive way.

Skin Specialists of Allen and Addison

To learn more about Skin Specialists of Allen and Addison, visit https://skinspecialistsoa.com and explore our website. We look forward to hearing from you! 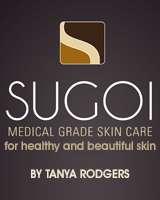